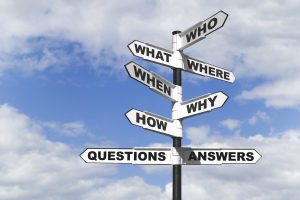 Permanent residence status is called "conditional residence" if it is based on a marriage that was less than 2 years old on the day you were granted permanent residence status. Conditional resident status begins on the day when person is lawfully admitted to the United States on an immigrant visa or adjustment of  status application is approved. The green card will be valid only for two years.

Status is called "conditional" because an immigrant must prove that he or she did not get married only with a purpose to evade immigration laws of the United States. To remove conditional residence  Form I-751, Petition to Remove Conditions on Residence must be filed on time and must be  supported by extensive evidence of marital relationship throughout your entire marriage.

Removal of Conditions on Permanent Residence Based on  Marriage: Eligibility Criteria

Generally, you may apply to remove your conditions on permanent residence if you:

How to Apply for Removal of Conditions:

You and your spouse must apply together to remove the conditions on your residence by filing Form I-751 jointly. Both spouses must sign the petition and certify that the information is true. Petition must be supported by various evidence of a good faith marriage.

Petition filed late, may be accepted by USCIS upon applicants showing a good cause for filing late and sympathetic or humanitarian circumstances.

If You Are No Longer Married To Your Spouse or If You Have Been Battered or Abused by Your U.S.-Citizen or Lawful Permanent-Resident Spouse or Parent: Waivers.

Several waivers of the joint filing requirement are available. You can apply as a self-petitioner to waive the joint filing requirement if you are no longer married to your spouse, or if you have been battered or abused by your U.S.-citizen or lawful permanent-resident spouse or parent. You may also request a waiver if you suffered an extreme hardship during the period of permanent residency. You must provide evidence that removal from the United States would cause you extreme hardship.

In such cases, you may apply to remove the conditions on your permanent residence at any time after you become a conditional resident, but before you are removed from the country.

If You Are Late In Applying To Remove The Conditions On Residence:

If you fail to properly file Form I-751 within the 90-day period before your second anniversary as a conditional resident:

How to Get a Waiver of the Requirement to File a Joint Petition:

If you are unable to apply with your spouse to remove the conditions on your residence, you may request a waiver of the joint filing requirement. You may request consideration of more than one waiver provision at a time, but you have to provide appropriate evidence for each type of waiver.

You may request a waiver of the joint petitioning requirements if:

If You Are In Divorce Proceedings But Not Yet Divorced:

If you are still married, but legally separated and/or in pending divorce or annulment proceedings, and:

Upon receipt of the final divorce decree or annulment within the specified time period, USCIS will amend the petition, to indicate that eligibility has been established for a waiver of the joint filing requirement based on the termination of the marriage.

As a permanent resident, you have a green card. This card will continue to prove that you have a right to live and work in the United States permanently. If you file Form I-751 on time, USCIS will extend your conditional resident status and work and travel authorization until a final decision has been made on your application. You will receive a Notice of Action reflecting these facts.

An interview may be required to demonstrate eligibility to remove the conditions on your residence. If an interview is required, you will receive an appointment notice telling you when and where to appear for your interview. Interview may be waived by USCIS if evidence submitted with the petition clearly shows that your marriage was bona fide. In this case USCIS will approve your petition and send you your new 10 year permanent resident card.

If your application to remove the conditions on your permanent residence is denied, you will receive a formal Decision stating why the petition was denied. There is no appeal but the decision can be reviewed by the Immigration judge in removal proceedings.

Generally, you may appeal within 30 days after the Immigration Judge makes a decision to remove you from the United States. Appeals are reviewed by the Board of Immigration Appeals.

Removal of conditions (Form I-751) is a complex legal matter.  CONTACT our law firm for a consultation before you file a petition.