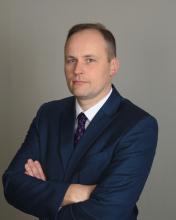 Evan Taras Bokshan is a principal immigration lawyer of the Bokshan Law Firm. He devotes his entire practice to employment and family Immigration matters. He is a member of the American Immigration Lawyers Association since 2006.

Attorney Bokshan is admitted to practice law in the following jurisdictions:

United States Court of Appeals for The Second Circuit (2010).

United States District Court for the District of Connecticut (2012).

(Not admitted in Connecticut). Practice limited to Federal Immigration Law.

Attorney Bokshan is is fluent in the Ukrainian, Polish and Russian languages. Bokshan Law Firm also offers services in the Spanish Language.

Attorney Justin F. Fappiano is Of Counsel to Bokshan Law Firm LLC. He represents clients in criminal defense, personal injury, and immigration matters. He is admitted to practice law in the following jurisdictions: Connecticut, New York, US District Court for Connecticut, US Court of Appeals for the Second Circuit.

Attorney Fappiano is fluent in the Japanese and Spanish languages.

Attorney Bokshan of the Bokshan Law Firm helped me obtain and extend an O-1 visa and EB-1 Extraordinary Ability (I-140) green card petition which USCIS approved in ONE DAY! I chose Bokshan Law Firm over New York City law firms upon recommendation by a colleague. Attention to the smallest details and immediate availability to answer any questions are the trademarks of this law firm. He took time to research and learned many specifics about my profession (the art of photography). Attorney Bokshan worked closely with me to collect and present the best evidence and prepared a winning case. I wouldn’t hesitate to recommend Bokshan Law Firm or acquire his services again.
Signe BirckPhotographer, Denmark/New York
A great experience! Mr. Bokshan helped us with the green card application, he and his team were very knowledgeable, supportive and were guiding us throughout the process. It’s not just a law firm, they are true experts that listens to client’s needs. Our application process and interview went very smooth and Evan was there for phone consultations, face to face meetings and the interview itself. Highly recommend Bokshan Law Firm – true experts in their field.
Asta R.
Attorney Bokshan took my difficult and complicated case that other attorneys did not want and made it look easy. He successfully won my petition and waiver cases allowing my wife to return to the U.S. in spite of being barred for overstaying her Visa. He always answered emails and phone messages promptly and I never felt rushed when meeting with him. Outstanding lawyer and good person.
Mark A
Previous
Next
Read More